skip to main | skip to sidebar

Embellishing the Runway (with beads !) 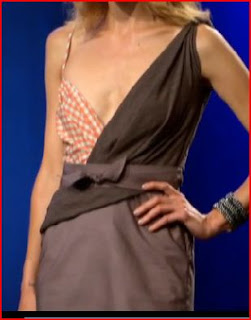 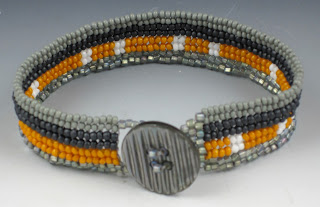 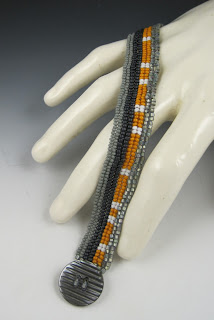 Project Runway season 9 is in full swing, and this year, I decided (last minute) to join in the fun of designing accessories for each week's winning outfit and posting them in a Flickr group called
Embellishing the Runway. I knew about it last year from my beading friends on Facebook but didn't think I could keep up at the time. This year seems right so I joined a day before the first week deadline. I managed to create a simple bracelet which captures the colors of the winning design by Bert Keeter. I used a basic four bead herringbone stitch which works up quickly and chose some greys and orange (the closest thing I had was more of a pumpkin color). The winning design for this week seems to have stirred up alot of controversy and I'm late starting so it looks like some midnight beading sessions are in order this week ! More pictures posted in the coming weeks (fingers/beading needles crossed !)
Posted by retrothreads at 8/09/2011 04:36:00 PM

This is a Flickr badge showing photos in a set called Beadweaving by Carol. Make your own badge here.
Etsy Beadweavers
Power By Ringsurf

Check out these links: